Next festival:
When approaching a new mythological festival, you may find the event by going to Facebook. Write Mytologifestivalen in search, and event page will hopefully show up. 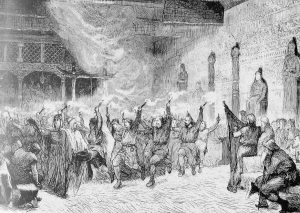 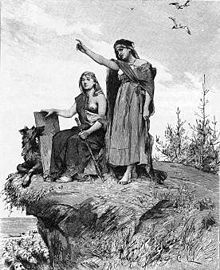 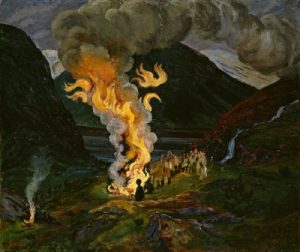 What is mythology?
Myths are formed through time. In the border line between facts and psychology, the core of legends about gods, goddesses and old belief are shaped into solid stories that manage to last over time. Mythology is the science, operating in the field of imagination, between true and false. Stories can be ancient, from beyond historical times. By right interpretation, they may contain unexpected knowledge, knowledge that was meant to be handed over from generation to generation. By right use, you may find wisdom from far, into geological times.
However, mythology is formed even today and can then, with negative words, be put into boxes together with conspiracy theories, or science fictions.
Still newer and older mythes have got something in common. They both spring out from real incidents in nature or culture before being affected by human nature and psychology.
History, geography and physics, as subjects, are most engaged with correct facts. Mythology is more captivated by the poetic side, seeking good form, bring forth feelings, appearance and performance. Mythology adds, seemingly dry facts, tension!

Imagination can be stronger than knowledge. Myth can be more potent than history. Dreams can be more powerful than facts. Here hope triumphs over experience, laughter is cure for grief and love overcomes death.