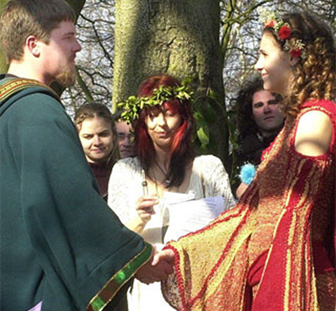 In the year 772 AD the Frankish king Charlemagne ordered to chop down the holy monument, Irminsul, belonging to the saxon tribes. At the same time he betrayed and chopped the head of 4500 germanic chiefs and leaders in one deceitful action leaving no honor. This crusade can be looked upon as the start of the Viking Age, because the horrible action carried the germ of the attack on Lindisfarne 21 years later. In Norse mythology Irmin was surnamed Joermundr.

Irminsul may be looked upon as the pillar of the world, central in German pagan belief, same function as Yggdrasil in Norse mythology.

By the roots of Yggdrasil, which stretch up into the sky, there was sitting three Norns, Urd, Verandi and Skuld. Disene (the goddesses) sat close to Urdarbrunnin (the well of old) and from there they decided fate for  homes, gods, people and cattle. Urd knew everything about the past. Verandi controled the present. Skuld could see into the future. In cooperation they spun the threads and cut. Then they wove the destiny on their loom, an internal network of information, also called VYRD, that time's www.

If you open a speech with "Vyrde folk" then you mean respected people. If you do an oath, or you sign a document with "Vyrdsamt", then you show respect. You've done your best with VYRD as a witness. To believe in "Lagnaden", that is not the same as being careless and sloppy. "Lagnadstru" is more like the belief in "karma". In this way, Charles the Great becomes little. He can no longer be regarded as a positive charismatic person. Spiritually he was rather a poor slugger with no honor and no respect for VYRD.

Wheel of the Year:

* 2 norse, spiritual sound effects. We also
recommend to compare with the acoustic
technology center, Hypogeum (crypt) in
the "5th Element".

Abandonment and Consecration
(Through the Wormhole, Oath of the Ring) 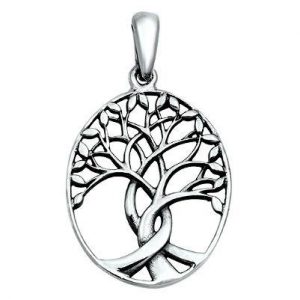 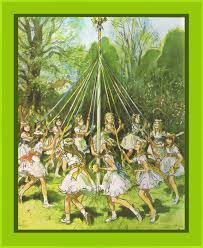